The history of Chatbots

Chatbots have been around since the 60s. Back then, they were often referred to as “computer programs” rather than “chatbots”. In fact, the term “chatterbot” was first mentioned in 1991, in the context of an online multiplayer game called TINYMUD. The chatterbot takes the role of an ordinary player with which other players can interact. As all the players were human, except the chatterbot, nobody questioned if they were interacting with a computer program, unless the chatterbot behaved suspiciously. 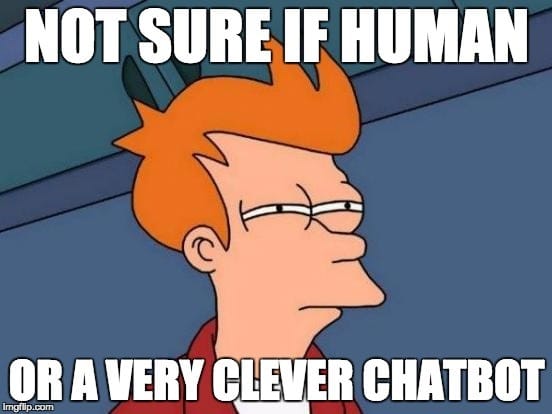 Thirty years later, with the adoption of smartphones and advances in technology,  chatbots are common tools for businesses to assist their customers and create new services. The use of smartphones and technological developments, namely in artificial intelligence are changing how we interact with chatbots and their use has been changing. From Eliza, the first chatbot, to Alexa, Amazon’s voice assistant, technology is expanding our definition and use of chatbots.

This short guest article by AI Researcher Athena Vassilopoulos will give a brief history of chatbots, and explore how artificial intelligence has shaped the uses of the chatbot over the years, moving from exploration to commercialization.

A chatbot is defined as a computer program that processes natural-language input from a user and generates smart and relative responses. What is important to understand about chatbots is that they are interactive interfaces through which an input is received, and a relevant output is generated in response. To do so, there are two main algorithmic approaches.

The first approach is pattern-matching, also called pattern-recognition or a rule-based approach. In this context, someone has to teach the chatbot which rules to follow for output generation, depending on the input. For instance, when you provide input, the chatbot first understands the input by processing the words and matching them with a set aggregation of answers. This was the first approach to develop and introduce the first chatbot ELIZA. 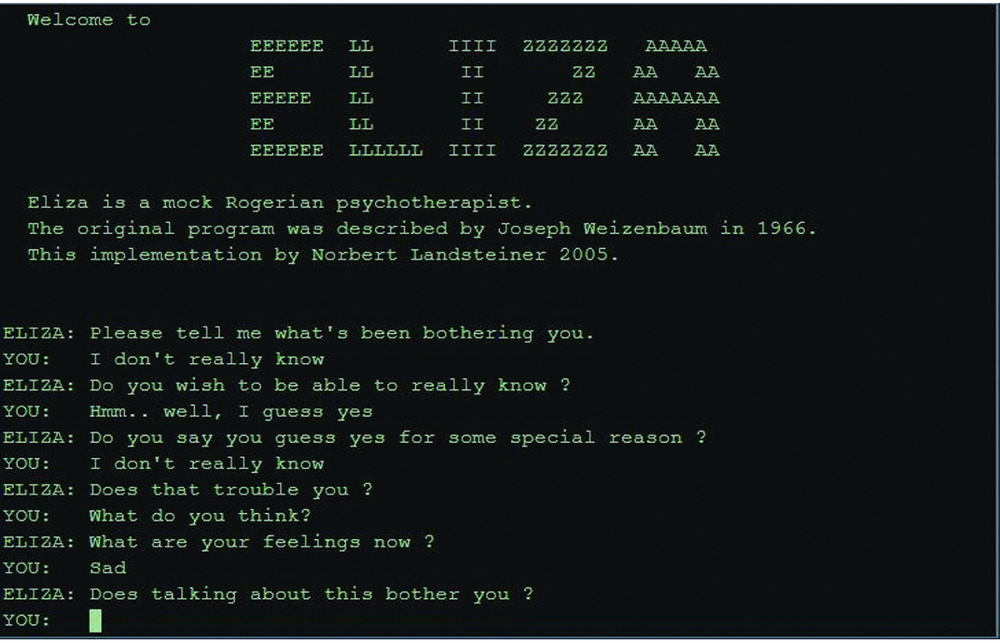 In 1966 by Joseph Weizenbaum, created Eliza to mimic the behavior of a psychotherapist by returning their interlocutors’ statements. Eliza was the first chatbot, thus marking the history of chatbots. But Eliza’s capacities for exchanges are pretty low in terms of topics of discussion and length of the conversation. Further, Eliza is not able to learn from past discussions. As pattern-matching boils down to matching input with predefined answers, conversations can feel repetitive and limited. 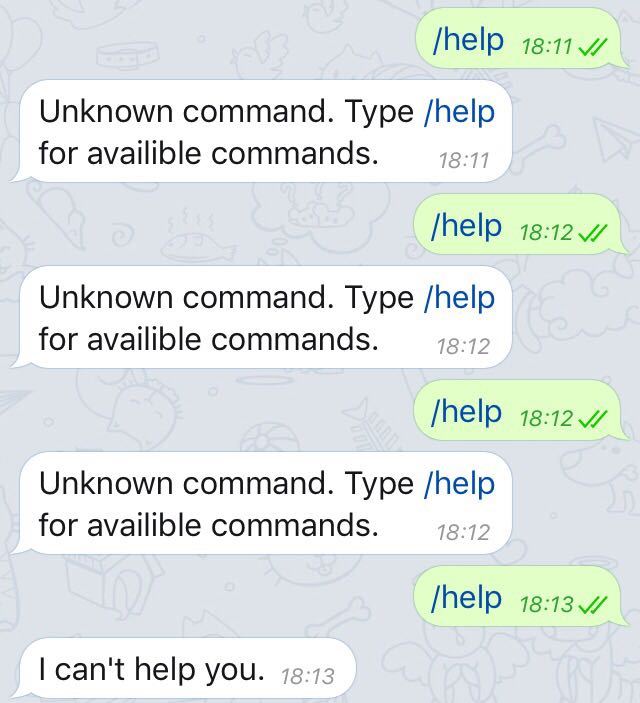 Artificial intelligence was first introduced in chatbots in 1988, by Rollo Carpenter. With the creation of Jabberwacky, a chatbot aimed to simulate an entertaining human interaction. While Jabberwacky answered slowly and could not deal with many users, this approach allowed it to save previous answers given while interacting, enabling the chatbot to learn and use past conversational material in new interactions.

While Jabberwacky was the first to use artificial intelligence, ALICE was a turning point in chatbot history. In 1995, Richard Wallace built ALICE, which stands for “Artificial Linguistic Internet Computer Entity”. It won the Loebner Prize three times, a contest based on the Turing Test, recognizing it as the “most human computer program.” 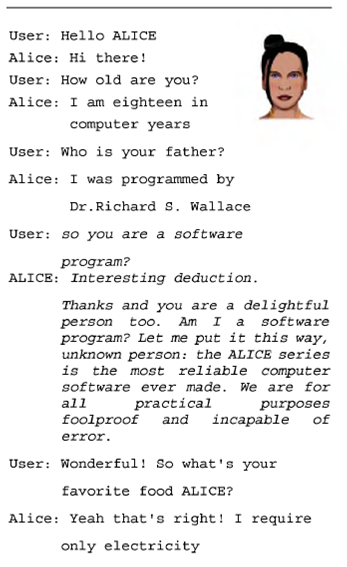 From experimentation to commercialization

As the technology used to generate outputs evolved, so did the purpose behind chatbots. At that point, chatbots were just experimental entertainment. In 2001, ActiveBuddy built SmarterChild, a chatbot that went beyond entertainment. People could access SmarterChild via Windows Live Messenger and stay up to date with time-sensitive information. With more than 30 million users, Microsoft acquired SmarterChild in 2007 for $46 million.

At the same time in 2007, IBM developed “Watson”, an artificial intelligence question-answering computer system that was advertised as an “ interactive solution that helps facilitate personalized AI conversations with consumers virtually anywhere online”. Aside from the fun fact that in 2011, Watson competed on the famous tv-show jeopardy and won against the two biggest champions, Watson marked the beginning of chatbots’ commercialization for different industries. For instance, Watson Health was specifically designed for the healthcare sector to assist doctors in diagnosing diseases.

The adoption of smartphones plays an important role in the development of chatbots. Mainly by increasing the use of messaging platforms. A key access point for chatbots. From Facebook Messenger to WeChat, passing by Slack Viber, according to Business Insider (2016), “3 billion people worldwide use mobile messaging applications.” Secondly, by introducing interaction via voice commands. This led to the development of virtual personal assistants such as Siri’s introduction by Apple in 2010. Other tech companies followed Apple by developing their own smart assistant. Namely, Amazon launching Alexa in 2015, and Google launching Google Home in 2016. 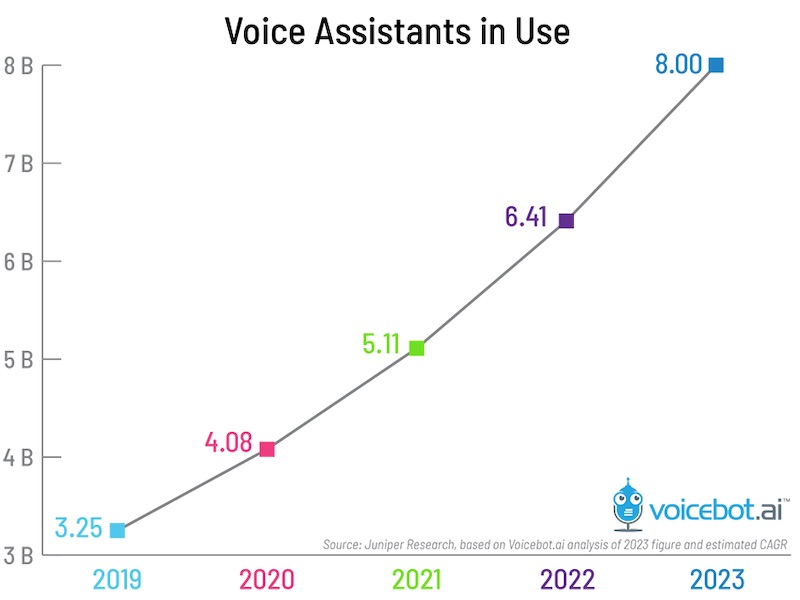 Until 2015, companies were building their own chatbots, which brings us to another turning point in 2016. Allowing others to build their own chatbots 🤖
Social media platforms, namely Facebook, enabled “developers to create chatbots for their brand or service to enable customers to perform specific daily actions within their messaging applications” (Adamopoulou & Moussiades, 2020). By the end of 2016,  34.000 chatbots had been launched and encompassed different uses, including different fields “Marketing Supporting Systems, Health Care, Entertainment, Education, and Cultural Heritage (Adamopoulou & Moussiades, 2020).” In the case of education, for instance, chatbots have been developed to answer students’ questions or to help students understand programming concepts (Okonkwo & Ade-Ibijola, 2021).

A key element in chatbot development was the surge of applications programming interfaces (APIs). The latter is essentially a software intermediary which enables different applications to talk to each other. APIs are everywhere, even to get to this article you have made use of an API. The reason why APIs have such an important role in chatbots development is that they help developers to build chatbots without having to create them from scratch. For instance, by using IBM Watson’s API and fetching the information straight from IBM. 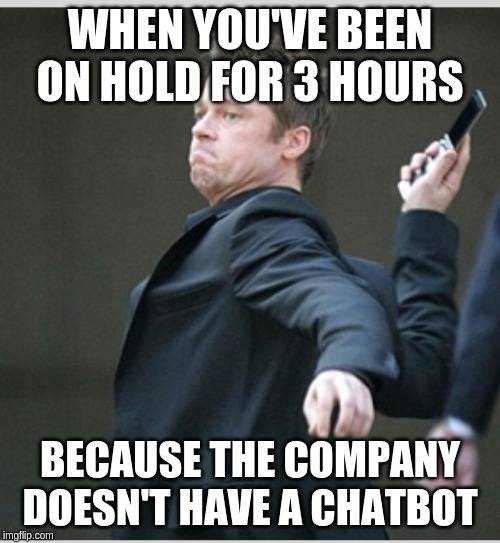 In 2021, Facebook launched BlenderBot, its latest smart open-source chatbot. Until now, artificial intelligence has allowed for very realistic human-like conversations, however, short memory has been a drawback. Blender Bot is capable of providing a better and longer memory of each conversation. The information gets stored individually for each person, allowing re-usage in conversations. In addition, it can perform simultaneous internet searches to improve conversations.

By 2021, the versatility of chatbots is becoming more visible as use-cases further expand to other fields. We are stepping way beyond the initial focus on optimization and automation. As movements like artificial intelligence for good are growing, AI chatbots are increasingly being used to achieve more socially-conscious ambitions. Some initiatives are far from pop-ups asking you if you need help, there are applications on their own. For instance, DoNotPay is an application that uses an AI chatbot (IBM Watson to be precise) to help people navigate their legal issues by helping them find and generate forms. 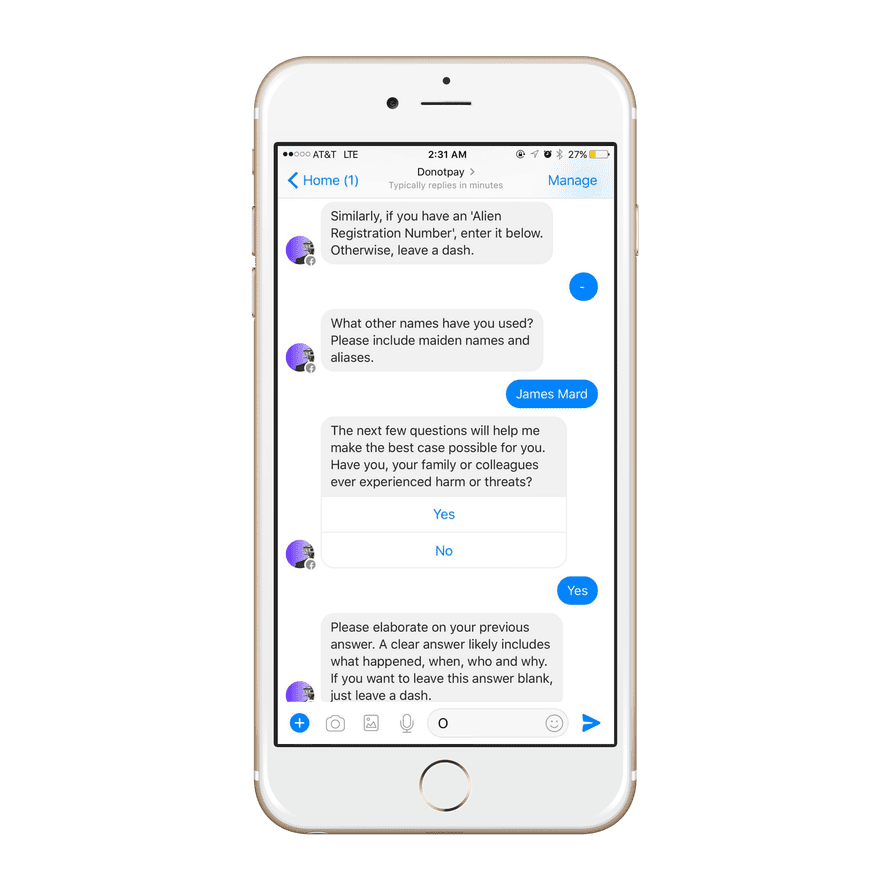 In one of our articles (3 future technologies), we stated that AI will become more and more important in marketing – but also in our lives. Not only to better target your audience but also for your audience to be able to find you in between all the generated data.

We are producing increasingly more data on a daily basis. Some sources suggest it’s up to 2.5 quintillion bytes of data per day. No wonder technologies like chatbots that help us sort out information are becoming increasingly more relevant. Paired with technologies like AI which are improving natural language processing, making conversations more human-like, more relevant, and accurate, chatbots are becoming a complementary tool for businesses and organizations. They also hold the potential to become products on their own as shown with the example of DoNotPay. While AI has brought a lot of improvements, it is important to mention that there are limitations. Especially misunderstandings that can happen in human processing, particularly in languages other than English.