This article has been marked as outdated.

According to a 2019 report from Hypeauditor, only 40% of all Instagram Influencers appear as fraud-free and 22.46% of them show highly suspicious growth anomalies on their accounts. There’s no more denying in the fact that Instagram is dominated by Bots and fake activity. We want to shed some light on this subject: We’re going to explain why and how Instagram bots are a really big deal in Online Marketing and what Social media companies could do in order to resolve the problem (or at least contain it).

In order to understand the premises, let us say a few things on how big businesses work:
Whenever Facebook, Instagram, Youtube or any other huge tech company announces or tests a new feature that at first glance seems related to “data protection”, “mental health” or simply good will, one needs to look at these decisions from a business point of view. Companies at their scale don’t take decisions based purely on emotional interests of their users. All of their decisions are commercially motivated, no matter what you believe personally about said companies’ intentions.

In the best case they take “socially good” measures for sheer marketing reasons: They don’t want you to think that they’re ruthless and lying or that they support illegal activites. As an obvious example that’s why they’re very eager to remove sexual or brutal content and fake news.
In normal cases however, they take these measures because they’re profiting financially from them in a way that can be unobvious at first. For example in 2018, Mark Zuckerberg said that he wants the time you spend on Social media to be “time well spent”. 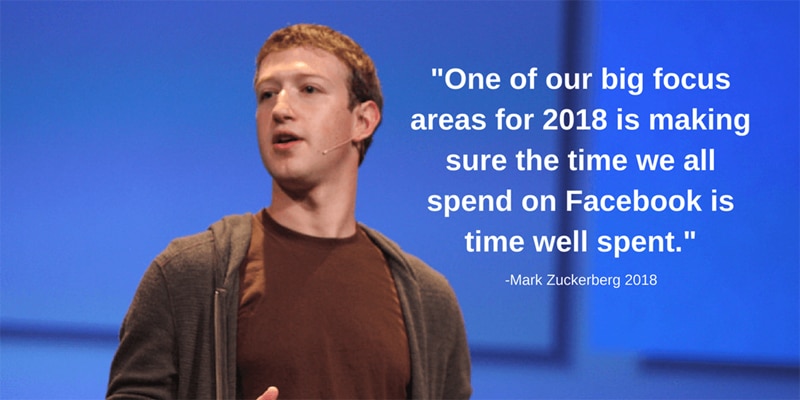 Afterwards Facebook made changes to their feed algorithm that would give more importance to posts from private profiles. Sounds great for your social health, but why would they make these changes from a business point of a view? The answer is simple: Because they want business pages to spend more money on ads. Following these changes (and other similar changes in the algorithm from the previous years), engagement numbers from pages dropped significantly and are now stagnating at around 1% of total page likes. In order to get a significant amount of engagement back, today you need to spend more money on ads than a few years ago.

Have a look at these 2 curves: 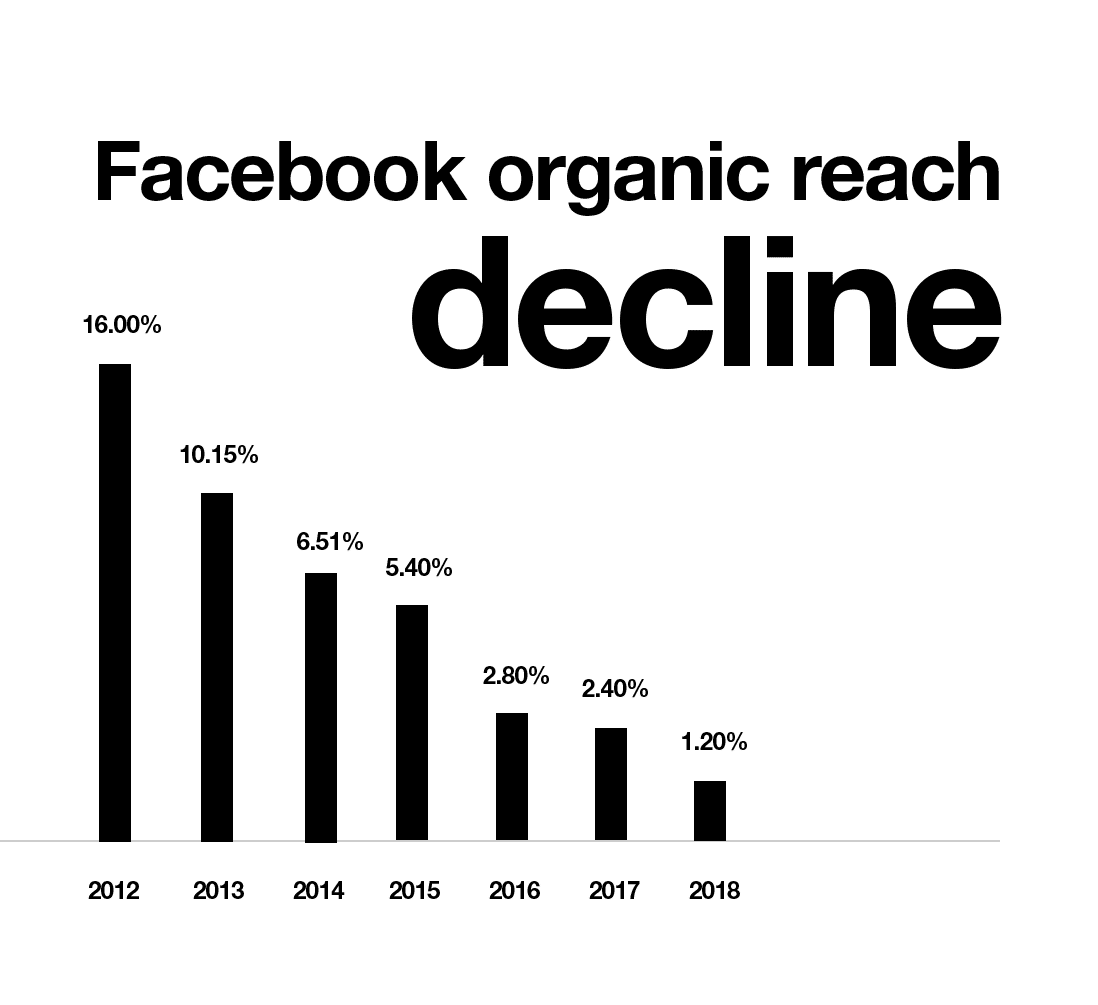 Average organic reach numbers on Facebook pages have been in decline for the past few years, while the Facebook stock is going up continously. 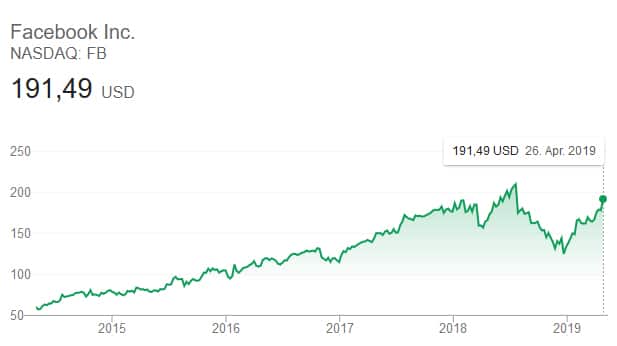 For startups, user numbers are one of the key metrics to look out for. Facebook and Instagram have long left their early acceleration phases. With around a billion accounts registrated Instagram and even more on Facebook, there’s a huge potential to make money.

In the beginning, large numbers of fake accounts can help to “boost” user numbers for any startup, however these empty accounts don’t help in the long run. Marketers advertising with Facebook want to reach real people and see real results, but in many cases these results are starting to stagnate.
Here comes the problem: Facebook Inc. doesn’t know what to tell marketers that spend thousands of dollars on advertisments only to have their ads distributed to fake accounts, click farms and other inauthentic bots.
This is a huge problem to them.

Let’s take a step back here and ask:

When we’re talking about bots on social media, we need to differentiate between two kinds of manipulative activites:
“Fake activity” – The act of buying fake likes, fake followers, fake views, etc..
and
“Growth assistants” – Software that generates “real likes” or in other words: Automated likes, automated followers or automated views.

“Fake activity” describes the rather simple act of buying fake followers and engagment on something similar to a black market. It’s not a real black market, but let’s call it this way for story telling purposes… These accounts are most often just empty shells. They’re controlled by software or by people that manage hundreds of accounts at once. “Click farms” for example fall in this category.

Real automation software (“Growth assistants”) is far more complex and also way more difficult to detect.
These assistants are typically online software that use your own account to fake human behavior through for example liking, following or commenting in your name.

Altough for example our own fake follower checker can detect suspicious ratios between followers and engagment numbers, it can’t detect whether accounts make use of such automated software. Today’s modern automation software is optimized to act like humans. For example once they reach a certain threshold or limit, they pause their liking-activity (for example during night hours).

Growth with these assistants is slower, but more authentic. They typically work on subscription models: you pay a rather small amount per month and let the software do the rest. You sign up for the service, leave your Instagram login information and configure what you want the bot to do. It’s like having a human assistant that takes care of your Instagram activity for you, but for a fraction of the price.

Sophisticated programs like for example Ingramer let you choose from a multitude of different options. The most basic option and the most widely used is to target hashtags. This means that your account will like posts that use certain hashtags (or exclude posts from hashtags you choose to exclude like for example #l4l or #murder).
Then there’s the Follow/Unfollow method where your own account follows certain other accounts in order to gain their owners attention, but unfollows them after a few days.
There are other methods, like for example direct messaging, but these two are the most popular.

Even if you were not aware of this issue by now, we’re sure you’ve noticed the impacts on all your Instagram accounts: These random likes you’re getting on your shitty Instagram holiday picture from two weeks ago by an account with over 5k followers? Bot. The kisses and hearts that are commented on your post using #love? Bot.

How to tell if someone’s botting?

UPDATE 08.10.2019
This feature has now been removed by Instagram and can no longer be used to identify botting.

Go to your Instagram notification page and switch from “you” to “Following”. If an account consistently appears to have liked 8 posts or comments random stuff all over the place, you can be almost certain that said account is using automation software.

Fake followers and automation software typically have one main goal: to drive engagements. On most social networks the main motivation behind this is to get your posts onto some kind of front page. There the real humans will actually see your post. If you’re familiar with the term “sheeple“, you know what we’re talking about: Bots and fake activity generate Social proof.

People generally pretend or think to like what others like as well. We get excited if we see something that has been liked by many others already. Social media is fast paced and people typically don’t take the time to analyze how many of the interactions taken with a certain post are genuine and which were added artifically.

From a moral point of view using such automated programs or buying fake likes is very controversial. Still, it is very easy to abuse:
Want to buy a few comments in your language? A quick google search for “Buy fake real comments” will do the trick. All you need to do is submit the comments you want to receive and let the service do the rest.

This is a huge flaw on every Social network.

And that’s where the circle closes:
Facebook, Twitter, Youtube and co. are highly aware of this problem. They have thousands of people working only on this issue. Developers create automated solutions and counter-measures while humans tackle the things that as of today can’t be dealt with by AI. This costs them money.

Are there any solutions?

Recently Instagram made news, because in the future they might hide your post’s like counters from your audience (see this tweet).
This is huge in relation to fake accounts and bots. The less Instagram is focussed on simple likes, the more authentic and important real human activity will be. Thus the more sane the whole environment will become. There will be less reasons to buy fake engagements. In the long run this will significantly change how Instagram and other social networks work. It’s a way to tackle the problem at its root.

In a long statement from Mark Zuckerberg in March 2019, he announced that Facebook will focus on privacy first in the future. We don’t know when this is going to happen, but once it does we can expect their decisions to include new meaningful choices against bots as well.

Want a few more futuristic ideas on this: Check out virtual accounts like Shudu – “The World’s First Digital Supermodel“. Or Deepfakes from 2018 like this video from Jordan Peele of Barack Obama.

Furthermore, we recommend this awesome revelating video by Youtube channel “Smarter Every Day”:

Don’t hate the player, hate the game. Depending on your industry, using automated growth tools has undeniable advantages over not using them. If you decide to use one of them, we have a few important advices:
– If you sign up for Instagram automation software, take care of your configuration. If you use the follow/unfollow strategy, comment or direct message options, be very careful with your settings as they can easily mess up your account.
– Target the right hashtags, locations and people. Don’t let your account like every random post.
– Double-check what your account is liking: You can see the liked posts by going to Settings->Account->Posts you’ve liked. Unlike if necessary.

Even if you’re not botting yourself, keep in mind that other people do. Hashtags and Location Tags are the fuel behind these programs. As such they can bring you the benefits of bot activity. Using these tags correctly will bring you more passive engagments on your own posts. Other people’s automated bots will like or comment your posts more frequently if you’ve optimized your posts. Sadly this is one of the most important factors to consider when running a small Instagram account. The more automated engagments you have, the more likely you are to reach real people too.

Finally, if you want to get a deeper look inside the Instagram bot industry, here’s a pretty cool documentary about Instagram fake accounts and the industry behind it: