During the last years and especially the last months, our team at neon has become increasingly aware of Google, Facebook & co’s illicit methods and systematic attacks on our privacy, values, and society.

The exposure of questionable practices of big tech companies like the one described in this article has brought us to the decision to break the cycle. We will talk more actively about the problems we see and we are developing new products and services that address these problems in the future.

If you’d like to read more about the journey ahead you can read it here in our blog article.

Without further ado, let us introduce you to one of the most recent and mindboggling operations by the Google & Facebook Advertising cartel.

In this article, we’re going to take a look at the unredacted Google anti-trust filing and dig into the revelations concerning the so-called project ‘Jedi Blue’, a secret collaboration between Google and Facebook. Over the course of this year, 15 state attorneys have made a series of court filings available to the public that give us a glimpse of how deep the rabbit hole goes.

Disclaimer: This article is entirely based on the content of a recent anti-trust filing. Some of the paragraphs mention documents and actions that are not available to the public and hence not verifiable to us.

If you want to read the entire document for yourself, you can find it here:

Before we dive into the secret and illegal deal made between Google and Facebook, let us first give you some background information about how online advertising works or rather ‘used to work’.
By using a technique called header bidding, website owners can/could list their ad space (for example banners) on multiple ad exchanges at the same time. These exchanges allowed advertisers and publishers to sell or buy ad space through auctions, like a marketplace. The highest bidder would win the ad space and deliver an ad from its network.
According to the document, this system was indeed working well for both, advertisers and publishers. So much so, that header bidding became so popular that by 2016 approximately 70% of major publishers in the US used the technique to offer their inventory on sometimes as many as 20 exchanges at once (See Paragraph 187).

Fear is the path to the dark side

While publishers saw increased cash flow, Google saw their monopoly threatened. To consolidate their position Google forged a plan to replace header bidding with a technology they could control.
On April 4, 2018, they launched their alternative to header bidding that secretly stacked the deck in their favor, called open bidding. 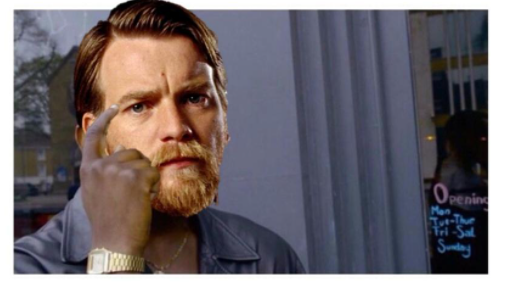 With Google’s open bidding program, publishers could still advertise on multiple exchanges, however, Google secretly devised the program in a way to manipulate bids in their favor.
This project was Codenamed “Jedi blue”.
According to the document, the program’s success was not measured by financial targets or output increases, but by how much it stopped publishers from using header bidding (which was more lucrative for publishers).

So what exactly did Google do?

In March 2017, one year prior to the launch of Google’s open bidding, Facebook publicly announced it would support header bidding. By using header bidding, advertisers on Facebook could bypass Google ad servers and the higher fees attached to it.

According to the filing, internal Facebook communications indicated, that the announcement was “mainly intended to signal Facebook’s willingness to compete with Google in the markets for publisher ad servers and ad networks”.
Furthermore, the document claims that Facebook threatened Google to expose the hidden costs that Google charged publishers, thus posing a threat to Google’s project as well as their reputation. (See Paragraph 209)

Facebook threatened the giant knowing that they would reach out for negotiations.  As stated in a presentation from November 2017 Google’s endgame was to “collaborate when necessary to maintain status quo”. 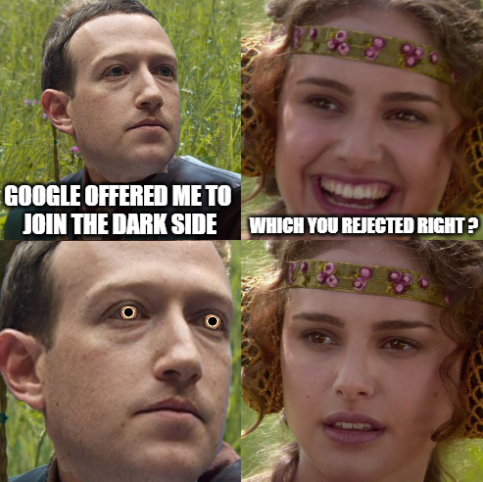 “Once You Start Down The Dark Path, Forever Will It Dominate Your Destiny.” -Master Yoda

The paper reveals the consequences of Facebooks’ threats: Google indeed reached out and made an illegal agreement with them.
Facebook would “curtail its involvement” with header bidding. In return, Google would give them privileges in ad auctions, making sure Facebook wins a portion of the auctions, thus helping Facebook’s ad network be more efficient (See Paragraph 203).
In other words: Google willingly killed off a fair technology that worked in favor of publishers to replace it with a rigged system and offered Facebook privileges in their new system.

For Facebook, this deal was saving them tremendous amounts of money. They didn’t need to “ invest hundreds of more engineers” and “ spend billions of dollars to lock up inventory to compete.” as the filing quotes (See Paragraph 215).

This move allowed Facebook to enter the ad exchange market with a much smaller investment and without any pushback from Google.

Why this is important

We believe that this case illustrates how far those companies are willing to go to seize power and the threat it poses to emerging, people-centric technologies.

Keep in mind that ‘Jedi Blue’ is just one of several measures these companies took to undermine our digital autonomy.
If everything described in the document turns out to be true (which is very likely in our opinion), it would mean publishers have been overpaying a lot on placements because of Google’s rigged system.

We believe it’s important to challenge these monopolies and to seriously start questioning their place on the internet of the future.